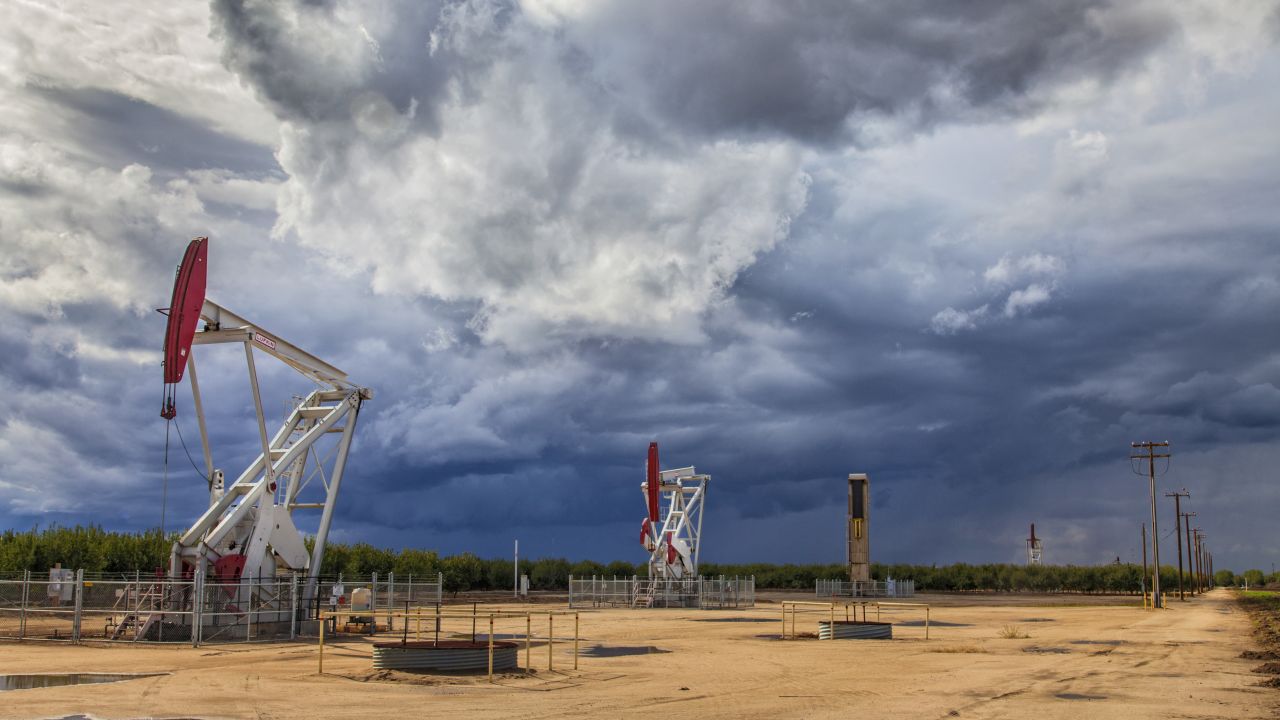 Oil well pump jacks located in Almond Orchard. California’s Kern County, located over the Monterey Shale, has seen a dramatic increase in oil drilling and hydraulic fracking in recent years. (Photo by Citizens of the Planet/Education Images/UIG via Getty Images)

Yes, there are reasons to fear an impending environmental disaster: Donald Trump has spent much of his campaign claiming the mantle of climate-change-denier-in-chief, and his vice-presidential running mate isn’t much better. Now they are mulling their picks for key Cabinet posts: Interior Secretary Sarah “Drill, baby drill” Palin, if elephant hunter Donald Trump Jr. doesn’t get that gig? Energy Secretary Harold Hamm, if the oil and gas mogul decides he is willing to spend the Trump administration outside the private sector? Environmental Protection Administrator Myron Ebell, unless the fringe-hugging climate skeptic dismantles the agency instead?

And yes, Trump often airs unfounded concerns about wind and solar energy related to bird safety and outdated notions of how long it takes for investments in renewable power to pay off. But even if the fossil-fuel fanatics on Team Trump rev up coal mining, gas fracking and oil drilling in national parks, greenlight the Keystone XL pipeline and tell automakers to forget about stringent new mileage standards, many experts doubt the 45th president can stop the fossil-free economy’s evolution.

“Market forces, not the government” are responsible for the fact that wind and solar power are starting to take their own bite out of coal’s market share, says Daniel Cohan, a Rice University associate professor and atmospheric scientist who studies the relationship between climate and energy. “Federal action has not been the leading driver of the improvements that we’ve had.”

What improvements? After soaring since the early 1990s worldwide carbon dioxide emissions have plateaued. That’s in part because the US power sector’s contribution slid to the lowest level in 25 years. As of last year, US carbon pollution from power generation had fallen by 21 percent from where it was in 2005. That’s most of the way to the goal of a 32 percent reduction called for in President Barack Obama’s Clean Power Plan (which Trump vows to scrap, along with the Paris climate deal).

“The only way to make coal viable again is to stop the growth of renewables, which isn’t going to happen” because of their increasing affordability, says Cohan.

Indeed, a major Trump donor quoted anonymously by the trade publication Utility Dive is signaling that The Donald won’t black out renewable-energy tax credits. “Everything with renewables continues; the credits will remain in place,” the unnamed source said.

Even before that news was reported, many industry experts were expressing confidence that Trump would not nix renewable-energy tax credits that Congress passed a year ago.

“For the most part most Republicans and Democrats, they may not have supported the extension, but they also don’t like changing the rules midstream on businesses,” Christopher Mansour, vice president of federal affairs for Solar Energy Industries Association (SEIA), told PV Magazine. “They set this policy in place, and businesses are making investment decisions based on five-year extensions of the (solar tax credits), and I think most Republicans and most members of Congress in general are loathe to change the rules on companies as they are making these decisions.”

SEIA foresees the tax credits helping to triple the amount of nation’s sun-powered electricity by 2020.

Garvin Jabusch, Chief Investment Officer and co-founder of Green Alpha Advisors investment firm, sounded more optimistic about the long-term outlook than you would expect given the changed climate for his business model. The $75 million in assets that Green Alpha manages are free of exposure to fossil fuels and he goes out of his way to invest in alternatives to oil, gas and coal.

“We have every chance of competitive long-term returns. But in the short term, it’s buckle up watch for buying opportunities,” Jabusch says. “My main hope is that Trump will surprise us and not hate solar as much as (House Speaker) Paul Ryan.”

Shares in solar and wind power companies plunged last week on news of the election’s unexpected outcome. Some solar stocks rallied Monday as investment firms said they could notch big gains in the near term.

The Market’s War on Coal

“The outcome will be a mosaic” if and when Trump rolls back the automotive efficiency standards that were originally supposed to rise to 54.5 miles per gallon by 2025 Jarbusch predicts. “Some companies with their eye on the future will continue to try to meet those standards and keep developing electric vehicles. Others won’t. They will profit in the short term and be destroyed by market forces in the medium term.”

In the meantime, Trump’s team will grapple with the inconvenient fact that two of his top energy aspirations are irreconcilable. He wants Washington to revive sagging domestic demand for coal, a fossil fuel with a bleak global future, while goosing the ongoing oil and natural-gas booms. Trouble is, competition from cheap natural gas sparked most of coal’s woes. If the government goes out of its way to encourage an increase in natural-gas production, that could make gas cheaper, making way for more coal-fired power plant closures.

Americans will draw slightly more electricity from natural gas than coal in 2016, according to the Energy Information Administration, a federal agency, and the nation now relies on both for about a third of its power. That’s a major change. Only a decade ago, about half of US electricity came from burning coal and only 20 percent relied on natural gas.

Not even Senate Majority Leader Mitch McConnell, a Kentucky Republican who loudly blamed the supposed “war on coal” for the industry’s troubles, trusts that Trump can make a difference.

Speaking at the University of Louisville after the election, McConnell said Republicans would encourage Trump to dismantle coal regulations. But, he admitted, “Whether that immediately brings business back is hard to tell because it’s a private sector activity.”

(To be sure, truly safeguarding the climate would require phasing out the consumption of natural gas, which like oil and coal contributes to global warming.)

Because Obama failed to get Congress to sign off on a comprehensive climate plan, much of the support for renewable energy is enmeshed in state-level and municipal and even corporate practices over which Trump will have little, if any, influence, Cohan predicts.

Forty percent of Americans live in states where doing away with the Clean Power Plan and Paris climate agreement might not make a big difference, Obama suggested.

“It’s not just a bunch of rules that we’ve set up,” he said at his first Trump-era press conference. “You’ve got utilities that are putting in solar panels and creating jobs…You’ve got some of the country’s biggest companies like Google and Walmart all pursuing energy efficiency because it’s good for their bottom line”

Where wind and solar have gained the biggest footholds (including states as politically disparate as California, Texas and Iowa), green-energy growth is likely to continue apace. Undercutting this growth with national policies could prove harder than it sounds.

Clinton and Trump backers alike support the growth of solar and wind energy, Pew’s pollsters found. Clear majorities of both candidates’ supporters said they wanted to see more solar and wind farms despite a sharp partisan divide Pew’s researchers detected in an earlier survey regarding the existence of manmade climate change and the need to take climate action.

Any growth in green power is likely to reduce fossil-fuel consumption. In recent years, US economic growth has proceeded as demand for energy ticked downward.

“Perhaps we should be focused on developing energy sources and power production that alleviates the need for dependence on fossil fuels.”

“That’s a statement I plan to hold him accountable on,” Revkin promised.