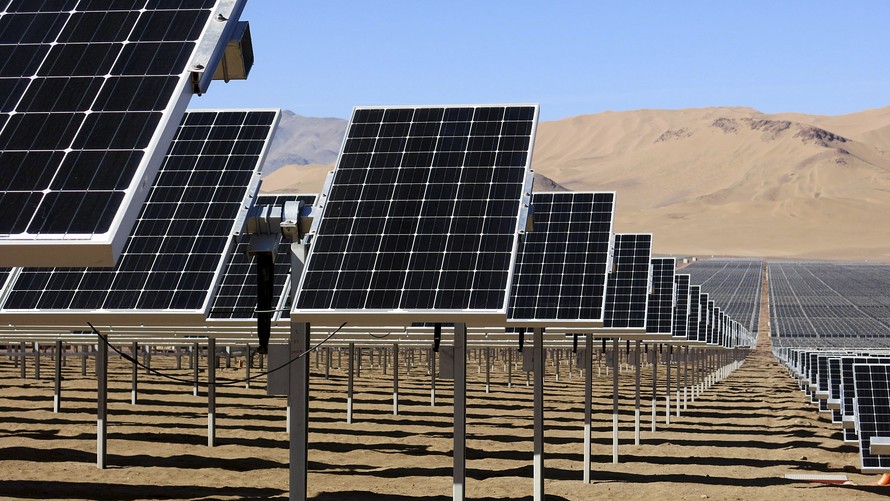 A fissure is forming in energy investing, and solar power is poised to break from the pack, providing savvy investors with an opportunity to invest in the Next Economy — and the future of the planet.

Energy generation from solar power continues to gain market share and is highly cost-competitive. The city of Palo Alto, Calif., for example, recently signed a solar power purchase agreement for just 3.7 cents per kilowatt-hour. In Dubai, unsubsidized electricity from large-scale solar generation sells for $0.0299 per kWh. That’s competitive with any form of fossil-based electricity — and cheaper than most.

Solar power usage is also growing rapidly. The U.S. solar industry installed a record 7.3 Gigawatts (GW) of solar photovoltaic in 2015, and that volume is poised to grow 119% in 2016, with installations projected to reach 16 GW. China added 7.1 GW of new solar capacity in the first quarter of 2016 alone.

To be sure, shares of solar companies have been whipsawed over the past 18 months by the chaos of the “Energy Trade.” Case in point: SunEdison SUNEQ, which filed for bankruptcy protection earlier this year. Meanwhile, projects have been delayed or halted due to the hostile investing environment.

But overall, renewable investments have been growing, with 91.6% of all new electricity generating capacity in 2015 globally coming from wind and solar.

What makes solar so compelling? First, solar and fossil fuels are fundamentally different as energy sources. Fossil resources are commodities. The more demand, the more expensive they become. Solar is a technology-based energy source. Anyone who purchased a mobile phone or a TV knows that technology becomes cheaper as demand for it grows. The same is true for solar.

Moreover, fossil fuels are in the early stages — and perhaps not so early in the case of coal — of a structural decline in demand. A recent forecast by Bloomberg New Energy Finance contends that expanding demand for fossil fuels will come to an end in less than a decade because the world is finding cheaper alternatives to coal and gas. Fossil fuels may not be abandoned completely, but there is no credible scenario where they are able to resume growth, economic superiority or a reliable pattern of risk-adjusted or even absolute returns.

For investors looking to take advantage of sweeping changes to our energy infrastructure, the team at Green Alpha Advisors likes these solar stocks. All of these companies are undervalued relative to their prospects, despite having earnings, momentum, and revenue growth:

• First Solar: FSLR Tempe, Ariz.-based First Solar is the market leader in thin-film solar photovoltaic technology. From a fundamentals point of view, the company has a wide moat around its IP and technology. And leadership has been smart about executing on business and growth plans, adding capacity without taking on an undue amount of debt and building a dominant position.

• SunPower: SPWR  SunPower is the most technologically advanced panel manufacturer. The San Jose, Calif.-based firm manufactures a panel that converts about 24% of sunlight into electricity. And its panels are warranted for 25 years, while the company expects them to last 40 years — longer than any other manufacturer’s claim in the industry. SunPower has a healthy balance sheet and is adding capacity prudently to meet growing demand.

• 8Point3 Energy Partners LP: CAFD   8point3 is a growth-oriented limited partnership formed by First Solar and SunPower to own, operate and acquire solar energy generation projects. It is a “YieldCo,” which distributes income from renewable energy projects as dividends to shareholders. 8Point3’s current dividend yield is a healthy 6.35%. While some YieldCo have declined in value because they don’t have strong parent companies, that hasn’t been a problem for this firm because its parents are two leading solar companies in America, and they don’t need to attract new capital to continue growing.

• Canadian Solar Inc.: CSIQ   Canadian Solar, headquartered in Guelph, Canada, is for all intents and purposes a Chinese solar company. As one of the largest and most cost-competitive photovoltaic panel producers in the world, Canadian Solar has grown both top- and bottom-line revenue at 20% a year over the past five years. While there is some international risk in investing with a Chinese firm, Canadian Solar is a great way to add diversification to a renewables portfolio.

Nothing in this article should be considered a recommendation to buy, sell or hold any specific investment vehicle.  At the time this article was authored, Green Alpha held long positions in client accounts in FSLP, SPWR, CAFD and CSIQ.  Green Alpha did not hold shares of SUNEQ at the time of authoring this article.  Further Important Disclosures https://greenalphaadvisors.com/about-us/legal-disclaimers/